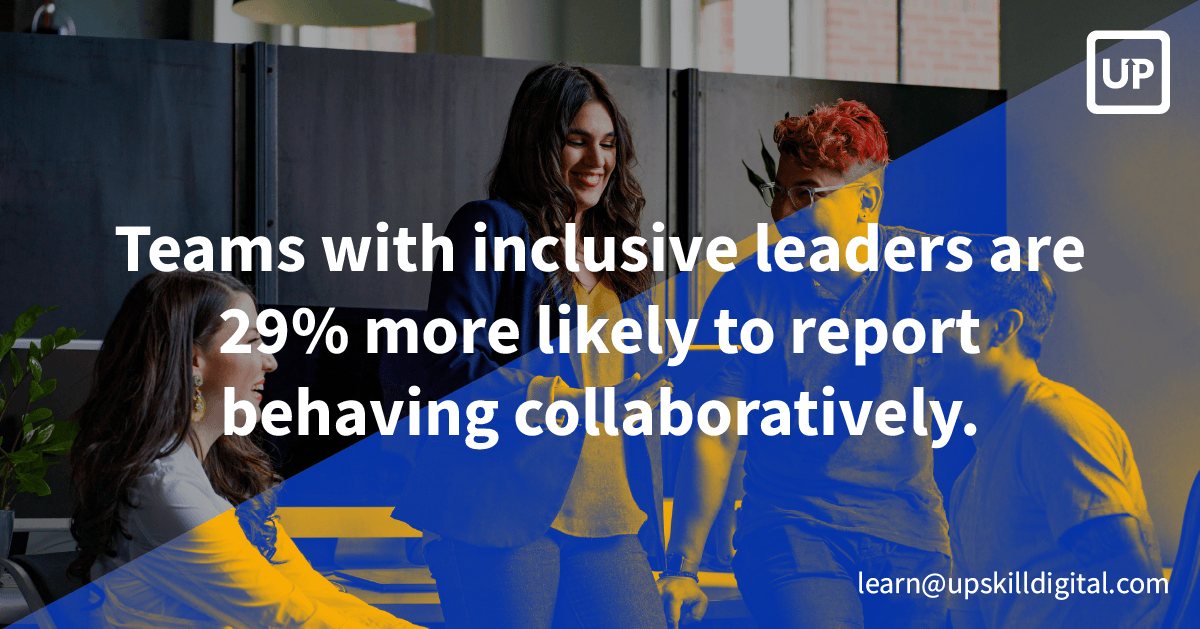 The most empowering leader I've worked for by Zoe Boyd

What makes a good manager? There are plenty of books written on the subject, but everyone has their own personal answer. Maybe a good manager is someone you can have a laugh with, someone who keeps everything impeccably organised, or even a disciplined taskmaster who makes sure the team is as efficient as possible.

However, if you ask someone from a marginalised group, we will often give you a different type of answer. For us, a good manager makes us feel included: they allow us to celebrate our differences, but still see us on an equal footing to our colleagues; they are sensitive to issues specific to us, and go above and beyond to make sure we are shielded from bigotry in the workplace. This can mean admitting they are wrong at times, and making an effort to change, and it means never being afraid to have a difficult conversation.

Unfortunately, positive examples of inclusive management are often hard for marginalised people to think of. That’s not because they aren’t out there, and in fact the majority of managers are trying their hardest to be inclusive. However, the negative examples stick out much more prominently.

When you consider that, according to Deloitte, teams with inclusive leadership see a 70% increase in feelings of fairness, respect, value, belonging, psychological safety, and inspiration, and that this in turn results in higher performance, better decision making and increased collaboration, it’s clear that inclusive leaders and managers are essential to business success. What’s more, according to analysis by What to Become of data from the US Board of Labor, inclusive teams are up to 120% more likely to meet their financial goals than non-inclusive ones.

That’s why we need to make an effort to shout about the good managers from the rooftops, not only to show other marginalised people that they’re out there but also to provide shining examples of how managers should be behaving. I’ll start it off with my own example, a manager I had a few years ago when I was working for a marketing agency.

How to amplify marginalised voices

Most marginalised people will tell you that it can be hard to speak up in the workplace. There can be a lot of pressure; we often have the worry that if we have a bad idea it won’t just be us that gets judged for it, but our entire race, sexuality or gender. Luckily, this is an area in which good management can have a big impact.

One small but extremely underrated aspect of my old manager was how much he paid attention in meetings to make sure everybody got a voice. I’m sure that from time to time we’ve all tried to make a point in a group conversation, only for someone else to speak over you. By the time they’ve finished, the conversation has moved on and you don’t feel like your point is worth making anymore.

My manager made sure this was never an issue. He would pay attention to the whole room, and whenever he noticed someone had been spoken over, he  would always  return the conversation to them as soon as possible. This might seem small, but it was one of many factors that contributed to making meetings feel genuinely inclusive.

To add to this, he implemented two policies to make sure all ideas were heard and considered. The first was that at the end of every meeting, everyone got a chance to share their thoughts, one at a time; again, making sure everyone was able to have their time to be heard.

The other was that anybody could always email him if they had a thought they weren’t comfortable sharing in front of everyone. He would work out a solution with them, and either support them with sharing their idea with others or bring it up anonymously for them. This made a huge difference, as we could always share our ideas in a safe, low-pressure environment. After all, the loudest ideas aren’t always the best.

My manager was a middle-class, cisgender, heterosexual, white man. He would be the first to admit that he didn’t know what it was like to go through life as someone from a more marginalised group. However, that didn’t mean he couldn’t be a good ally, and this was his aim throughout.

One philosophy he stuck with was that he would always start from a position of believing marginalised people. That meant if you came to him because a colleague had made a bigoted comment, he would never jump to the conclusion of: “Are you sure? That doesn’t sound like them. Maybe you misinterpreted what they said?”

Instead, he would start by believing you and work with you to find a solution, even when it was challenging or uncomfortable. What’s more, he would approach this from a place of asking, not from a place of supposing or knowing; what was it that you wanted to happen as a result of this? How could he help resolve this situation? And all of this was genuine; he would always let marginalised people take the lead when it came to the issues they raised.

This is such a crucial and underlooked aspect of allyship; giving marginalised people control over their issues in the workplace. It contributed in a major way to that workplace being inclusive and welcoming, which is why my manager stands out to me as a positive example.

If you manage a team, it’s worth thinking about if you could adopt any of these policies. Or are there any other ways you could make an effort to be a more inclusive leader? It’s always worth taking the time to think about how you could improve things.